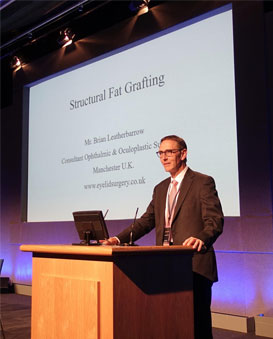 Mr Leatherbarrow was appointed as a consultant ophthalmic, oculoplastic and orbitofacial surgeon at Manchester Royal Eye Hospital in July 1992, and continued his NHS practice there until October 2014. He is now in full time private practice in Manchester. He remains an honorary consultant ophthalmic surgeon at Manchester Royal Eye Hospital where he regularly undertakes private oculoplastic, orbital and lacrimal surgery under general anaesthesia. He also operates at the Spire Manchester Hospital. His areas of expertise are oculoplastic, orbital, and lacrimal surgery. He performed over 500 specialist oculoplastic/orbital/lacrimal operations per year (plastic surgery operations around the eyes and upper face) for over 25 years. He now performs approximately 250-300 operations per year, working in close conjunction with his consultant ophthalmic & oculolpastic colleague Mr Paul Cannon.

He has a busy aesthetics practice at the clinic Face & Eye in South Manchester, supported by experienced aesthetic nurse practitioners.  The clinic can be contacted on: 0161 947 2720 or at enquiries@faceandeye.co.uk. The clinic is close to Manchester airport and easily accessible via the motorway network and by train.

He also has a busy medicolegal practice, acting as an expert witness, producing over 150 specialist reports per annum for solicitors. He undertakes reports for both plaintiffs and defendants. He undertakes consultations for expert witness reports at the clinic Face & Eye in Manchester. His medicolegal administrative team can be contacted on 07854 629527 (medicolegal enquiries only) or at brian.leatherbarrow@gmail.com*

* Please note that these contact details are for his medicolegal practice only – please go to the home page for his contact details for his aesthetic, oculoplastic, orbital, and lacrimal surgery practice.

He graduated from Manchester Medical School in 1982. He trained in general ophthalmology at Manchester Royal Eye Hospital before undertaking subspecialty training fellowships in oculoplastic surgery at Moorfields Eye Hospital, London and and in oculoplastic, orbital and lacrimal surgery at the University of Iowa, Iowa City, Iowa, USA, where he also gained experience with plastic surgeons, neurosurgeons, ENT surgeons, maxillo-facial surgeons and dermatological surgeons. 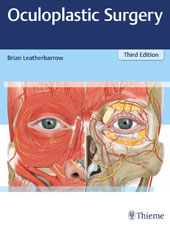 He was the Section Editor for oculoplastic and orbital surgery for EYE, the scientific journal of the Royal College of Ophthalmologists, for over 15 years.

He is also a member of:

He is an inter-specialty member of BAAPS, the British Association of Aesthetic Plastic Surgeons (www.BAAPS.org.uk ) in recognition of his expertise in aesthetic eyelid surgery and the management of other surgeons’ complications of such surgery.

He ran an internationally renowned sub-specialty training fellowship in oculoplastic, orbital and lacrimal surgery for over 20 years, training surgeons from around the world.

He has over 100 publications in peer-reviewed scientific journals and he has contributed 6 book chapters, including a chapter on blepharoplasty (cosmetic eyelid surgery) in the major textbook Scott-Browns Otorhinolaryngology and Head and Neck Surgery 8th Edition CRC Press 2018. He has presented scientific papers, given lectures and run courses in many countries including the United States, Sweden, Germany, France, Italy, Sri Lanka, Malaysia, South Africa, Australia and New Zealand. Click on BL publications for a list of his medical journal publications covering the period 1986-2020.

His practice is also supported at the Face & Eye clinic by Mrs Rebecca Rietdyke (Becky), specialist optometrist, at the optometry practice “Eye2C Optometry”. Click here to find out more about the optometry practice. Becky has recently acquired Maloneys opticians in Sale, Manchester and can also see patients there – https://www.facebook.com/maloneyopticianssale/. Becky will also open another Optometry Practice on Park Lane in Poynton, Cheshire, in October 2019. 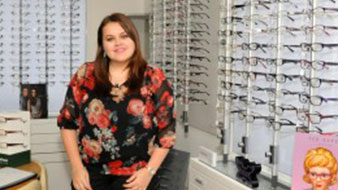 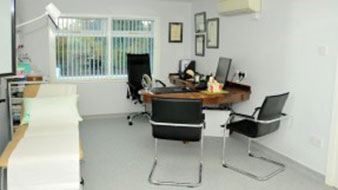 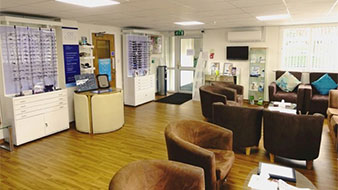 The waiting room at the Face & Eye Clinic 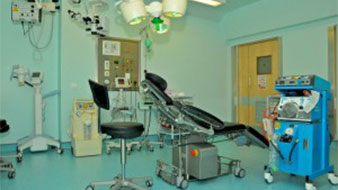 The operating theatre at the Face & Eye Clinic